The Church in A Donut: Missionary to America Carl Johnson

Carl Johnson is not your typical missionary. He had to overcome several challenges to become a missionary with Lutheran Intercity Network Coalition in St. Paul, Minnesota. He was raised by a single mother in Atlanta. His mom worked full time; when Carl was nine years old his mother was the secretary of a megachurch, a church that had thirty thousand members and sent missionaries to Ethiopia. He went to Sunday School and Vacation Bible School. Nevertheless, when he became a teenager, church had no appeal for him.

Carl did what too many young men in the city of Atlanta did, he became involved in drugs, then when he was seventeen, the drug trade. 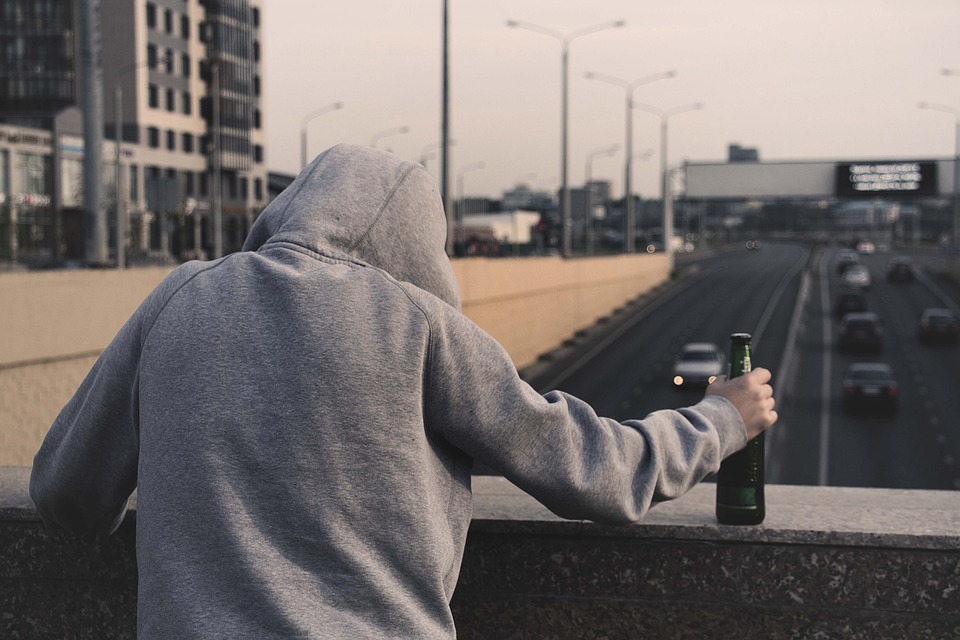 At nineteen he went  to jail. He tried out Islam, becoming a Black Muslim (his brother is still a member of The Nation of Islam).  On probation for his first drug offense, he went back to selling drugs. He was arrested again, this time with a friend who had a gun in the car. This brought a more serious charge.

But Carl’s friend could not be found when it was time for trial. There were too many young people coming before the courts in Atlanta; room in the jails was tight, and it was expensive. Carl, the one who showed up for the trial, was let go. Tired of being arrested, trying to start a new life, he moved to New Jersey. That’s when his addiction to alcohol began.

Not able to hold a job in New Jersey, abusing alcohol, he tried to get away from his dependency by moving to South Carolina – that did not work either. At least during his time in South Carolina he was able to follow a new passion, cooking. He attended a cooking school and learned a marketable skill. That was not enough to keep him anchored.

Still restless, Carl Johnson thought he might find a job and a sense of normalcy by moving to Orlando. By now he was a binge drinker, and his troubles continued. One day. after a night of heavy drinking, he woke up in a place he didn’t know. Stumbling home, he passed out in front of Orlando Baptist Church. A passerby called 911 and Carl was brought to a nearby hospital. He was examined, and released, but he had no one to call to help him; setting out by foot, he tried to find his way to the apartment he rented.

But Carl did not know Orlando very well, made several wrong turns, and at 3 am, still on foot, he was still two blocks from his apartment. His feet hurt from so much walking in shoes that were falling apart, so he took his shoes off and kept walking. A prostitute he passed on the street, seeing his sorry state, said to him, “I know how you feel.”  It was then he remembered the Bible story of the prodigal son, and felt himself sinking in mud in a pig sty. 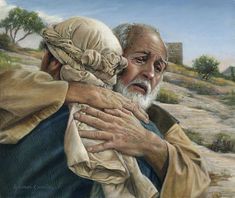 He cried out to no one in particular, “O God, why me?’ He did not expect an answer.

Finally home, stumbling into his apartment, he fell into a deep sleep on his couch. After a couple of hours (and he remembers this clearly) it was 6 am –  he jumped up from the couch when he heard someone yell his name, “Carl!” He sat up, looked around, but there was no one there.

Now awake, Carl says he knew exactly what he had to do. He cleaned himself up and went to church.  After church was over, he was brought to a drug treatment program for young people struggling with an addiction, Teen Challenge. The third day after entering that  program, Carl Johnson knelt at the church altar and asked God for forgiveness and healing and prayed Jesus would be his guide. That is when his life changed, the Lord led Carl to Melanie,  a wife to share his life and ministry. Shortly after,  he entered training for Christian mission work.

Carl did not know it, but all along he was being formed as a missionary, for a specific ministry. It’s not that God made him an addict, or forced him to jail or led him to “Prodigal Son Land” – but Carl was a vessel, a cracked vessel, that was useful for important ministry, a ministry that few other missionaries could serve. Melanie was his co-missionary.

His first call was to be the assistant to the Pastor of a new church plant in St. Louis. He grew to hate church planting – church planting felt more like a job than a ministry. Joyce Meyers Ministries is located in St. Louis and presented a ministry he felt more called to – counseling men who had become addicted. He rejoiced in the blessing to teach Basic Bible to the men. 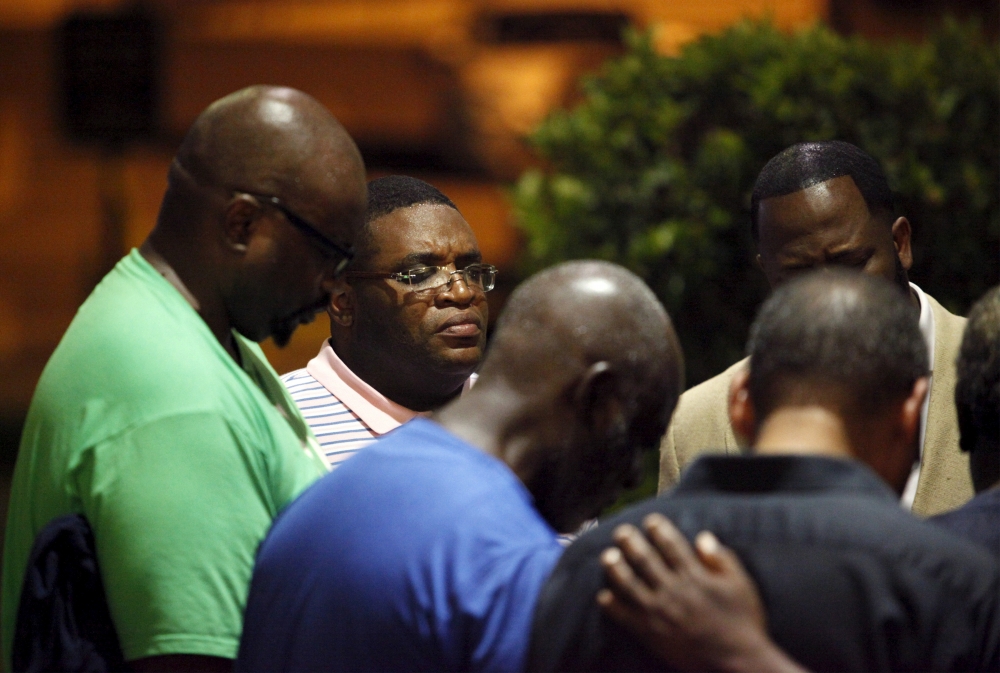 Carl says, “This brought me to life. I learned so much.” Then an opportunity presented itself to minister at an established church in Ohio.

Carl could not get the story of Jesus’ feeding the five thousand out of his head, or his heart. He heard Jesus turn to him, as he had to his disciples, and say, “You feed them.” Using his experience in food preparation, Carl established a team to work to end food insecurity in the neighborhoods around the church. The church had only 200 members in a community of forty thousand population, but with volunteers and grants those two hundred served twenty five thousand meals, “One child at a time.” Carl’s vision was to duplicate this in ten major cities in America. He did not know how it would get done, but he wanted to try.  He prayed, “God provide for us, God provide for others.” That prayer changed to “God help us provide for others.”

People saw Jesus moving in that Ohio church. Carl prayed for a chance to expand the ministry, and that’s when the senior pastor said, “Carl, you are ready to be on your own. I know you have a dream; it is time for you to be the captain of your own ship.”

A call came for Carl to lead a new church plant in St. Paul, Minnesota. “Oh no! Not a church plant,” he sighed. God has a funny sense of humor. But a cohort of ten missionaries would enter the Twin Cities to see where the Lord might start a new mission. Carl and Melanie wanted to begin in the “Donut.” As Carl tells it, if you look at the downtown of any major city you will see a ring where there are no churches and no Christian presence. 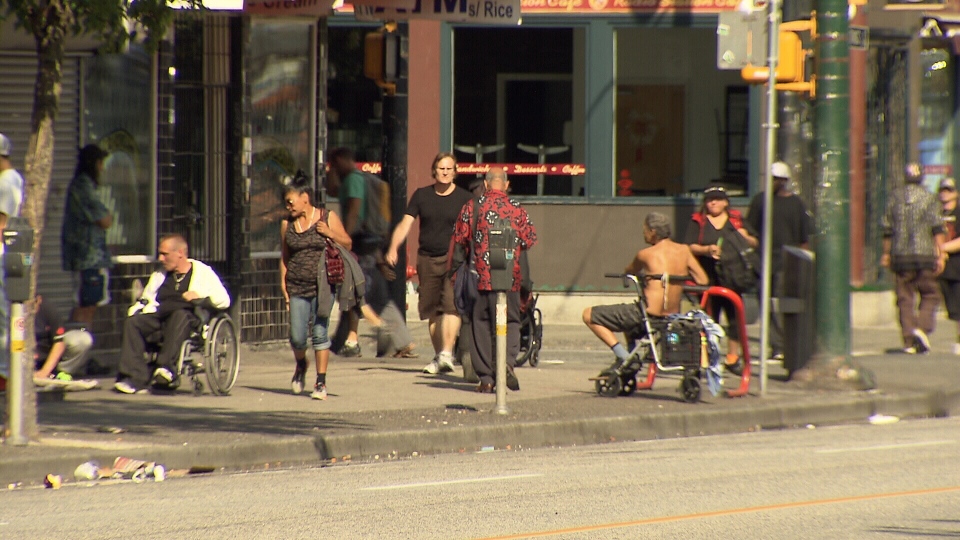 It will usually be a poor area, a part of town where people will not have access to a church, or good food. People living in this area may be there for the anonymity:  plus Carl believed, “The city is a refuge for the sinner.”

He began the ministry by going around and meeting people – people at the barber shop, people at the bus station. It became apparent that this donut had bad housing and difficult access to affordable and healthy food.  He was not sure what he could do about the housing, but he had expertise in preparing food – more than twenty thousand meals worth!

At first he cooked the food himself: he could create fifty meals for $50. They cooked a lot of meatloaf and lasagna. He found a theater that offered its space for people to come to eat. He put table cloths down and arranged for dinner music. But he was not able to build capacity beyond fifty hungry people.  He had to rethink this strategy. However, this first try was the base to build a multi-ethnic core group. That is when he met Ben Griffin, the head of Lutherans in Inner City Networking. LINC’s ministry is to partner with urban missionaries to add capacity to their work. Part of that capacity was providing Carl with formal practical and theological training to become an ordained missionary.  LINC also introduced Carl to potential funders, churches with the desire and capacity to help him. The ministry took off.

Carl was at a conference when the idea came to him: the “Donut” where we minister needs a place where city people can find quality food at a reasonable price – but it is not reasonable to have one store in one neighborhood and not give access to another area. “What if we started a grocery store in a storage container? We could move it from place to place on different days.” He approached engineers and architects  he had been introduced to. They loved the idea. Local farmers could be encouraged to bring their food downtown; meals kits could be developed for use by seniors and others who lacked mobility. He heard Jesus say, “You feed them.” His vision became, “Every church a grocery store.”

Carl Johnson may not fit your stereotype of a missionary, neither did St. Paul. Carl is a missionary, responding to God’s call to feed His people – with groceries, and with God’s Bread of Life.

3 thoughts on “The Church in A Donut”