Bosnians in A Mexican Soccer League?

What are the odds that a boy born in a nipa hut in the Philippines would end up playing soccer with Bosnians in a Mexican soccer league in St. Louis? The answer: 100%, if the Lord was executing an “inswinging pass.” The inswinging kick arches the soccer ball towards a goal. God’s aim is always 100 out of 100.  Ask Rev. Tony Boos.

Tony lived the early part of his life in the Philippines in a nipa hut.

When he was four years old his mother moved with his American father to St. Louis, Mo. where Tony grew up and went to school. He was a four year starter on his college team.The soccer he learned in the Philippines was his greatest passion, until he met and fell in love with Jennifer.

She introduced him to a greater love, the love of  Jesus. 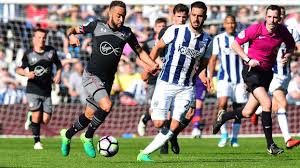 Tony and Jennifer were married, started a family, and became very involved in their church. Bible study pulled Tony closer to the Lord. Pr. Greg Smith saw something in his new disciple. Tony became the leader of a small home Bible study group. Tony looked up to Pr. Smith, someone in whom he found wisdom and concern.

The young man found a good job at Lambert Field, never expecting to want to go anyplace else. But then, out of nowhere, came what’s known in soccer as the “Hollywood Pass,” an improbable play that is so impossible it only happens in the movies. The Boos family’s Hollywood Pass came when Jennifer was speaking with their pastor who asked, “Has Tony ever thought about going to seminary?” She didn’t know; they had never discussed it. Unknown to Jennifer, out of the blue Tony heard a voice, “Why not become a pastor?” He was unsettled by the idea, wondering “Where did that come from?” When a few days later Jennifer mentioned their pastor’s question, they began a serious discussion. They prayed. They talked with others. And they decided the Lord was calling them into ministry. But not in the way they imagined.

Sometimes God gives us a clear idea of where He wants us to serve; other times he plants experiences, sudden opportunities that make us think, and cause us to turn to Him for understanding. Tony planned to be a pastor, to take up the mantle of the pastor he admired so much. Then, in a seminary class on mission, Prof. Henry Rowald raised the class consciousness when he challenged them to hear what King Solomon was saying in    1 Kings 8: 41-43, “As for the foreigner in the land who does not know your people… do whatever the foreigner asks, so that your Name may be known among them.”

There are sixty thousand Bosnian immigrants in St. Louis. These immigrants had come through unspeakable horrors. The great majority are Muslim.

He became passionate about showing Muslims the love of Jesus. He found donations for the kids’ soccer team, and became their coach. He tried out for a Bosnian soccer team, the only European team playing in a Mexican soccer league. It was a great way to know and befriend Bosnian adults.

His passion gave him greater purpose to get all he could out of seminary, because he knew the Lord was calling him to become a missionary, a missionary to Muslims. After graduation Tony was called by the church in St. Louis to work among Muslims. Partnering with various Christian churches, he helped begin English as a second language class, citizenship classes, a sewing circle where women come come together to find peace, and to talk. The churches provided volunteers to assist and mingle with the immigrants, providing places for them to remember and celebrate festivals dear to them; and ways to know the forgiveness and love of God. Those partner churches were an indispensable resource.

Some of the women had never been able to share stories about their experiences back home – some had been tortured, and lost everything.  Six women who had suffered greatly in Iraq formed a special group. There was healing in the opportunity to speak their pain out loud.

Older men who had been professionals and had good jobs in Bosnia talked about their resentment at having to start over in a new land doing menial labor. Tony could sit with them, drink coffee and  listen to them, and shed tears with them. Tony contacted an Arabic speaking professor to teach Bible classes to the immigrants via Skype.

Some families were interested in studying the Bible, to see what God’s Word said about Jesus. There were loud “discussions” at times, even disagreements. But those who were seeking to know Jesus would find patience, love and truth. In six years there were twelve baptisms.

New restrictions have hampered the immigration of Muslim refugees. In some ways that is a shame. Unable to hear the gospel freely in their homelands, Muslims who come to the Untied States have difficulty not hearing about Jesus.

Bosnians in a Mexican Soccer league? “As for the foreigner in the land who does not know your people… do whatever the foreigner asks, so that your Name may be known among them.”

To see a short piece of a video interview with Missionary Bose, click here.

Check out the NEW MISSION BOOK DISPLAY FOR CHURCHES: